On Wednesday, Author of Ktechpit.com- Keshav Bhatt released first version of his new application “Ubuntu Social Media Kit” , which basically aims to provide various social media application in one package, So the application currently provide you native application which are able to run standalone on your system and integrate with your system to show push notification ,create sounds and run as system tray app in background.

All the application contain one theme mode which turn the whole look of each application and make it easy for users to use applications at night time in dark room , I mean apps support dark themes- you want run messenger with dark theme on you can, same goes for all other apps. Ubuntu Social Media Kit is now available to download and install from Ubuntu Play Store .

Ubuntu Social Media Kit can be Installed from –

Currently the application can be installed through Ubuntu software center, UAppExplorer by download snap package or by downloading the Debian package from the site here. and you can download appimage and run on any Linux based Desktop distribution 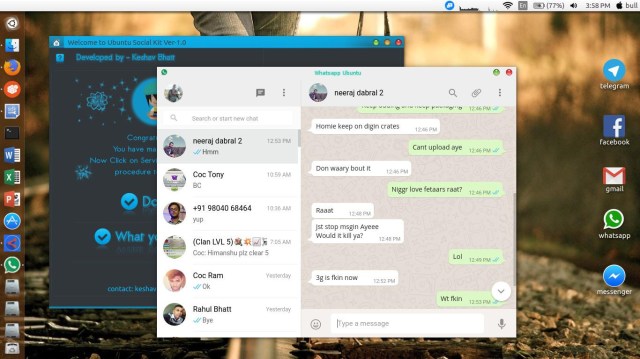 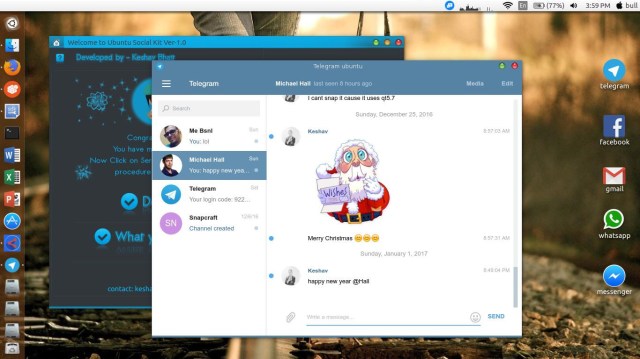 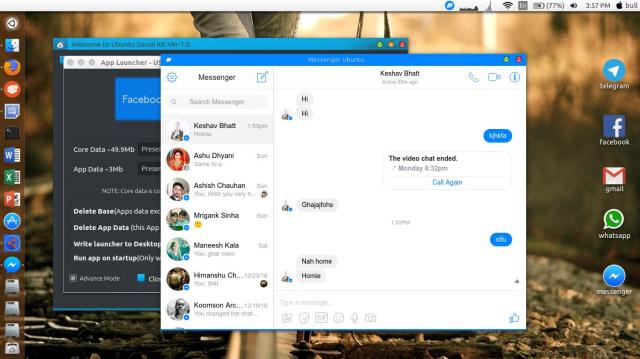 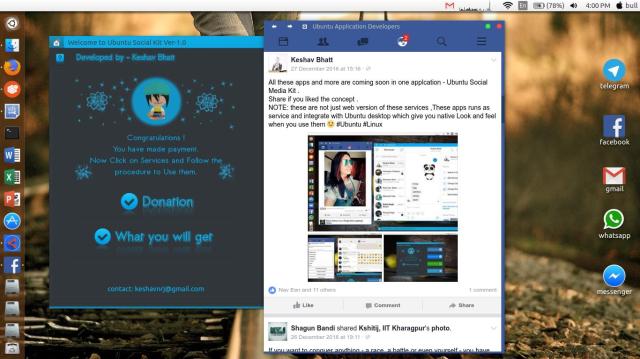 Playlist-dl is a Powerful YouTube Playlist Downloader for Linux Desktop

Music Radar identifies what you are listening to with the...

Currency Conv is a simple currency converter for Linux Desktop

This site uses Akismet to reduce spam. Learn how your comment data is processed.

Have a Tech related news or announcement that you want get published on KtechPit ? You can submit it using our Guest post system.

This website uses cookies to improve your experience. We'll assume you're ok with this, but you can opt-out if you wish. Accept Read More